“Efficiency is doing better what is already being done.” - Peter F. Drucker

Years ago I worked in a factory to help pay for college. During my second-shift hours I would consistently invent new ways to open the boxes and crates, refining my technique to squeeze every last drop of efficiency from the process. I would figure out the exact path I needed to take to reduce the time it took to go from the cooler to the main factory floor, and would angle my Exacto knife blade in precise ways to reduce the number of times I needed to replace them.

Excessive? Perhaps—But the simple fact is I'm not a fan of repetition and waste, and those long summer nights spent in a central Wisconsin cheese processing plant only served to reinforce that notion. It taught me that some tasks, no matter how boring, cannot be further reduced and made more efficient. Sometimes you just have to get your hands dirty and grind it out.

It's a concept that bothered me back then—and still does now.

Keeping Your Eye On The Ball

In spite, or perhaps even because of that experience, I've learned that you make the best of what you have, to not give up on your core instincts. I reasoned that even if I couldn't make all of my tasks more efficient in that factory, it wasn't the task that eluded efficiency; it was me not knowing how to make it more efficient. My desperate, almost maniacal need for efficiency lived on, deep inside.

Five years later I graduated from college and went to work for a great central Wisconsin publishing company as lead web developer.

One night, having built 2 forms earlier and with 1 more to go, I found that coding forms was no longer a challenge, and thus, no longer interesting to me. I also saw how repetitive the task was becoming, but just like some tasks back in the cheese factory, how impossible it was to imagine how this grinding ax could be done away with. I also become somewhat annoyed at the finicky nature of creating forms, all the copy/pasting, how one small slip up would cause the entire form to come crashing down. That night something was lit—the spark that would eventually flare in to the RackForms concept.

Soon after we started to create web sites where the editors of the local news publications needed total control over content. One of the requirements of this process was to create contact, entry, and other forms for each publication, all would be similar but slightly different. Some would go to one set of email addresses, others into a database.

After the fifth or sixth form I could take it no longer. The boring, tedious task had simply become too much. The idea of an application that would help create forms for me would no longer be a dream but a reality. I was going to build RackForms.

The Birth of a Software Company

Four months and thousands of lines of code later, on September 1st 2008, RackForms Pro Build 541 was released to the public. My answer to the waste and inefficiency of creating PHP forms, my little contribution to the PHP development community.

It's been a great trip since then. I've learned a lot about the software business, and have had the pleasure of meeting many great developers and designers who share my passion and love for web development. Even better, through your great suggestions I've been able to make RackForms a much better product then I ever imagined, something I'm eternally grateful for and to which I owe a great deal.

Most of all, despite the roller coaster economy, I remain energized and committed to making RackForms the best tool it can be. I look forward to building a strong community around RackForms and continuing to make good on my own promise of making PHP web form creation the fun and rewarding process it deserves to be.

Finally, a tremendous thanks goes out to all who have supported RackForms since 2007, I will continue to do my best to meet and exceed your expectations of what a software company can be! 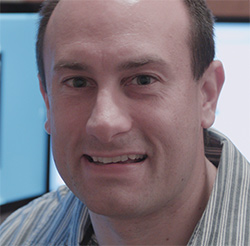 So many features, So little time

In 2007 we had a simple idea: make building web forms fun and easy, and most importantly available to as many users as possible. Years later we're still going strong and though the software has grown by leaps and bounds, still find building forms as easy as we had hoped.